Rex's mission is to design and craft beautiful furniture that will fit your needs and add something to your life.

Creating heritage pieces that families will enjoy for generations is an unspoken desire of Rex. His eyes light up as he talks about designing and building a dining room suite where families gather and warm memories are created. Or crafting his own ribbonback rocker that gets passed from mother to daughter to granddaughter. The days-gone-by hope chest that holds treasures for the future.

"Working to discover what someone wants or needs, and then bringing all that together in a beautiful, functional finished product that will delight is a fulfilling purpose."

Where to see Rex's furniture

You can see some of Rex's furniture at RS Hanna Gallery in Fredericksburg, Texas and Gremillion & Co. Fine Art in Houston, Texas.

Texas Highways, January 2004: Rex White was featured as one of the premier artists in Fredericksburg, Texas. 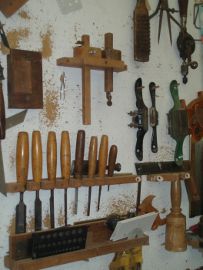 Rex was trained at the Wendell Castle School in Scottsville, New York earning a Furniture Design and Construction degree. Wendell Castle is often credited for being the father of the furniture art movement and is a leading figure in American craft.

Rex continued honing his craft when relocating to California working in a custom cabinet shop under Boris Wolfe and later in a custom furniture shop under Stuart Welch. He was responsible for creating the plans for designs and overseeing the production process.

Rex opened his own workshop in Fredericksburg, Texas in 1986. He works with designers, architects and individuals creating custom furniture and architectural elements for homes, offices and businesses. He continues to receive many regional and national awards for his craftsmanship and designs. 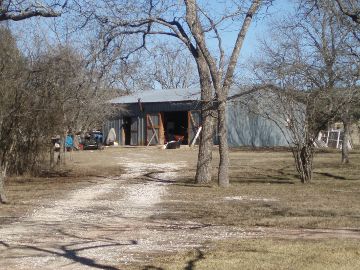 Rex received his BS in Civil Engineering from the University of Alabama. He was commissioned into the United States Army, distinguishing himself as an Airborne Ranger. Upon discharge, Rex worked at Corning Glass Works in New York.